The lights and buzz, and the Korean work/drink culture

Not being home for Christmas was always going to be one of the major hurdles or at least points of note in this adventure. Knowing Christmas isn't much of an event here at all bar one day of public holidays, my plan was to embrace the experience of not really doing it this year, in contrast to it being a centrepiece of our calendar year back home, and the one real chance in the year to catch up with friends from both school and university, given the vast majority of my Irish friends are currently scattered between England, Spain and a few other places. I approached it with a contradictory mixture of intentionally overlooking it most of the time, whilst occasionally dipping in and out of contact with friends to remind myself it was still happening. All in all, it wasn't that difficult to focus on other things, given that we worked every day except for the 25th and it was only the American chain stores here that were doing their job of reminding us of the impending holiday. I got lucky with the year I chose to be here, however, in that Christmas Day (and New Year's, obviously) fell on a Friday, so we had the weekend to enjoy what felt like a small vacation. The day itself was spent mostly in Seoul with friends, acknowledging it would be best to not be alone and turkeyless in my apartment. This worked a charm, and while we brought our own festive cheer, it simply wasn't Christmas with all the shops open. Though I did enjoy the flash mob in Gangnam doing a coordinated dance to a medley of Christmas hits. Friends, family and care packages certainly acted as a nice reminder of what was going on on the other side of the world, which added to the sense of not missing out, but also to the awareness of not being home for it. 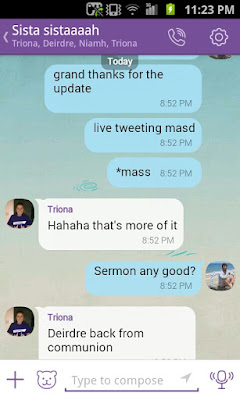 Word from home was that my absence was noted given I'm "the one who loves Christmas the most" (which is news to me, though understandable), and while it was an experience worth having, I'd be happy to have it just the once. A friend of mine here said that missing Christmas gets harder every year, and I'd believe it. The novelty of not having it surely wears off after the first go round.
Ringing in New Year in Busan was another novelty, in that most New Years Days are spent festering in a friend's house with a dull hangover, but this one I spent wandering through Korea's biggest fish market, watching eels get skinned alive and live octopus get turned inside out (they're not big on animal welfare here), as well as a less ethically dubious visit to a Buddhist temple.
Live to Work, Work to drink

I was at a work dinner last week to celebrate the end of the year, which was a perfect snapshot of Korean drinking culture, as well as work culture. As the evening developed from barbeque to drinking, it was pretty obvious that one of my coworkers would rather be at home or in hospital - she was pretty sick, and heavily sedated, but so keen to not miss out on the work dinner (it would have been a snub to the entire staff, apparently), that she powered through the evening matching us shot for shot, holding one and later both sides of her swollen face, resolute in her decision that illness would not get the best of her (I think the Northern regime would have been impressed). By the time we left, she had tears in her eyes from how much pain she seemed to be in. I don't know enough to say if this is reflective of how any Korean employee would act in that situation, but it does fall into line with what I've been seeing and hearing so far.
As for the drinking, it's all a very structured affair - given the importance of respect for elders and authority here, the elders or boss controls the pace of drinking for everyone at the table - there's a jug of soju, everyone has shot glasses, and every few minutes a new round is poured which everyone has to join in on. There's no freedom to drink at your own pace; again, everything is dictated by group decisions from the superior, just like how we all leave work at the same time together. On top of all this the younger employees turn away from the boss to drink, as it's seen as disrespectful to face them while drinking. This almost seemed like a dance given the pace the boss was setting. I'll be the first to admit to Ireland's messy drink culture, and I don't claim to not be a part of it. I do feel, however, that it's even worse here. While a night out at home is drenched in alcohol, hopefully conversation or dancing or something else is the centrepiece of the night - here, the alcohol takes centre stage. Little else happens other than drinking - no one leaves the table, everyone watches and waits for the next shot, they're knocked back at an alarming rate until blood alcohol levels resemble a strong cocktail and the streets are awash with vomit in the morning. Amidst all this drinking my boss turned to me and asked me aloud what I thought of my new female colleague who was sitting in between us. She responded to my dropping jaw by saying "maybe after a few more drinks", and refilled my glass. You can make what you will of that scenario, it wasn't anything out of the ordinary here.
Last but not Least
If I've had one great moment here so far, it was on the morning of New Years Eve, when I turned up to taekwondo class to find about 30 Korean kids there, all also hoping to upgrade their belt colour. As a complete novice, you can imagine how silly it made me feel to line up with a bunch of seven year olds to perform the most basic moves to get the yellow belt, all the while being watched by kids and teenagers with red and black belts. Leaving my apprehensions and pride at the door, I had a blast, and getting to watch kids as young as 12 do all sorts of incredible flying/scissor/roundhouse kicks was pretty inspiring. It was by far the most perfectly Asian moment I've had since coming here, and the kids seemed to enjoy having a white boy stumble around in their midst.